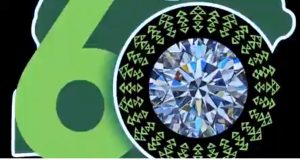 Oh, happy day! I offer somewhat grudging felicitation to Nigeria and Nigerians @60. This is the first of the thirty pieces excerpted from a forthcoming book of a collection of my writings mostly about Nigeria spanning almost forty years. Here is a fun fact, when this piece was published in 1982 perhaps 75% of Nigerians living today were not born. This is my modest contribution to the ‘celebrations’ of Nigeria’s Jubilee year.

Forty years on as I reflect on the idealism of a prescient young man grappling with the unfolding dystopia and my frustrations about not being able to do ‘anything’ to stop it, a wry knowing smile slitters across my face. Now I am older and possibly wiser, I now understand that the Nigerian problems are deep and multi-generational and it will take a multi-generational time frame to get a steady grasp of Nigeria’s manifold problems and an even firmer resolve to deal with them. The other thing is that the spellings are in ‘British English’ as opposed to American English, which my spell check seems to prefer. Enjoy.

Yesterday, exactly twenty-two years ago, a colourful and symbolic ceremony took place at the Tafawa Balewa Square in Lagos. The Union Jack was finally lowered after so many years so colonial domination. And in its stead, a fresh green and while flag was hoisted; it unfurled to proclaim far and wide, that Nigeria has been politically reborn. She had finally become a sovereign state.

And now, two decades and two years later, she has run and survived the tortuous gauntlet of Independence; and she has managed to hang tenaciously that identity. Oh happy day!

But a lot of water has gone under the bridge, since that joyous moment way back in 1960. And looking back over some twenty-two odd years, through the dark tunnels of time and events, one is uncertain as to whether to celebrate or not.

We definitely have a lot of things to shout and celebrate about, but we also we have things that should go about uncelebrated, or at least benignly. But the question still remains, should we celebrate symbolically because protocol demands that a country’s Independence Day must be commemorated? Or do we really celebrate because we are “independent” and as such, we have something to celebrate? Whatever the answer is, yesterday we celebrated, and at Abuja too!

But for some people, the euphoria of yesterday’s ceremonies nationwide cuts no ice with them. They refuse to be infected or affected by the pomp and pageantry of independence. They would rather have “Empire Day”. For them, the “Oyinbos” left too soon. You ask them why? And they point to the cumbersome, bewildering, interlocking, and multi-faceted problems that buffet this country. Yes, they might be apologists for the colonialists; yes, they are definitely still mentally shackled to the oyinbos. Yes, they are fixated on the

“good old” colonial times … but are they right?  Let us now for a brief moment, think about the unthinkable; just supposing that way back in 1960, we were denied independence. The situation now would possibly have been one of these three scenarios.

SCENARIO ONE: We are literally fighting now for our independence; there is a guerrilla war of attrition, which has gone on for more than two decades. There are escalating civil strifes everywhere, and we stand solidly united, and fired unanimously by one maxim “Self Government Now”.

SCENARIO TWO: One half of the country has accepted British colonialism. In the second half, a lot of protracted over-the-table bargaining for independence is going on. And in the background, the discontent is building up to a crescendo that threatens to break out into armed resistance.

SCENARIO THREE: The whole country is firmly under British rule. They managed to quell the initial spate of protests and reactions against our denial of independence. Everything seems normal, as normal as it could ever be in any British colony.

And again, supposing that we are now living under scenario number three; a broken and subjugated people under the British, would the situation of things be better? The answer to that is debatable. But one thing is for sure, we wouldn’t be celebrating anything. And so, the question is again posed: what are we celebrating?

Maybe it’s the austerity; in these austere times, every naira earned must indeed be celebrated, because you really never know when you would see the next one.

Or maybe we should celebrate the overall state of the economy, and be grateful possibly to God, that “Western Machination” directed against the OPEC cartel did not entirely ruin our economy. We should also be grateful that despite the erratic fluctuation of our oil sales, and consequently, foreign exchange, we can still afford to go in large numbers on pilgrimages, and official “fact-finding” trips.

I think the polity should be celebrated too. Despite the suspension of voters’ registration in two states, the whole exercise has been a resounding success. It doesn’t matter if voters’ cards turn up in the most unusual places, like strange cars and robbers dens, we should celebrate; after all, seventeen states out of nineteen is not bad at all.

We should also celebrate that majority of our politicians, survived from the first republic, through numerous coups, to the present time; affording us a nostalgic recall of politics in the early sixties.

We should, while we are at it, celebrate the re-emergence of that distinct feature of our national lives … tribalism. Only now, it is more refined and goes under different guises: quota system, ethnic balancing, zoning, and of course, partisan politics.

Corruption should be celebrated. For it has finally emerged, from the dark remote precincts of our collective conscience, out into the open, to be superimposed on our national psyche. It has, as it seems, come to stay, for it has been legitimately institutionalised. No more clandestine operations, you don’t have to surreptitiously bribe anyone anymore, you just do it in the open … oh, happy day.

And most especially, we should celebrate the first anniversary of that epoch-making day last October, when we successfully managed to smuggle India hemp in diplomatic bags. And a special tribute must be given to those who covered up the fiery episode in such an illuminating way.

The soaring rate of violence and gun-related crimes, are in themselves an index to changing times. We are now to be ranked in decadence, with the Western society at large. We have studied and emulated them so well, that we can now proudly match even in America, murder for murder, and robbery for robbery. Now that is progress, which should not be left uncelebrated. Because nowadays, the more arms you have, the more industrialised you are.

We should also celebrate the embargo on employment, and our astronomically high rate of unemployment and inflation. At least that is one area in which we have one up against Britain, our erstwhile colonial masters. We should not also forget to invite to our merriment the incalculable millions of our Ghanaian brothers, who now reside with us, sharing our barely sufficient resources.

Abuja, our “El-dorado” we are told, will soon be ready and functional enough to be the seat of government. Some day, we shall all move there, but in the meantime, let’s celebrate on behalf of our capital-to-be.

1983 is around the corner, we shall all turn out to vote in, or vote out, all those who promise us free-education and long grain rice. And not to forget all those who promise to rid us the nuisance of mosquitoes and rats. For being afforded that unique opportunity, we deserve to celebrate.

As it is evident, we have so much to celebrate. We should not stop to think about the future of this country. Who cares about tomorrow, what matters is now.

Somebody once suggested that maybe if we had “fought” for our independence, we would protect and guard it more jealously. But whatever anybody might think, we are celebrating, and that’s what matters.

Mr. Lardner holds a Bachelor degree in Philosophy from the University of Lagos, and over the last twenty-five years gathered wide international experience including serving as an Adjunct Professor, Centre for New Media at the Columbia University School of Journalism (1996-8) and as a Research Fellow, Freedom Forum Media Studies Centre (1992-3) also at Columbia University.